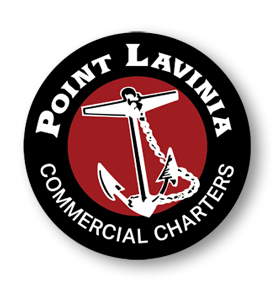 The vessel was built in 1973 in Louisiana for the Gulf of Mexico oil industry.  In the late 70’s it made it’s way to California to be used as a barge tender on the west coast reaching as far as the Bering Sea.

In 1985 Mike and Laura Strange were in search of a salmon gill net tender.  They found the vessel in California and brought it back to Washington state and changed the name to the Point Lavinia. The name signifies the location in Alaska where Mike and Laura first met.

The vessel continues to serve as a gill net tender in southeast Alaska and research vessel under its current owner Point Lavinia Commercial Charters, Inc. and Nick McDonald.